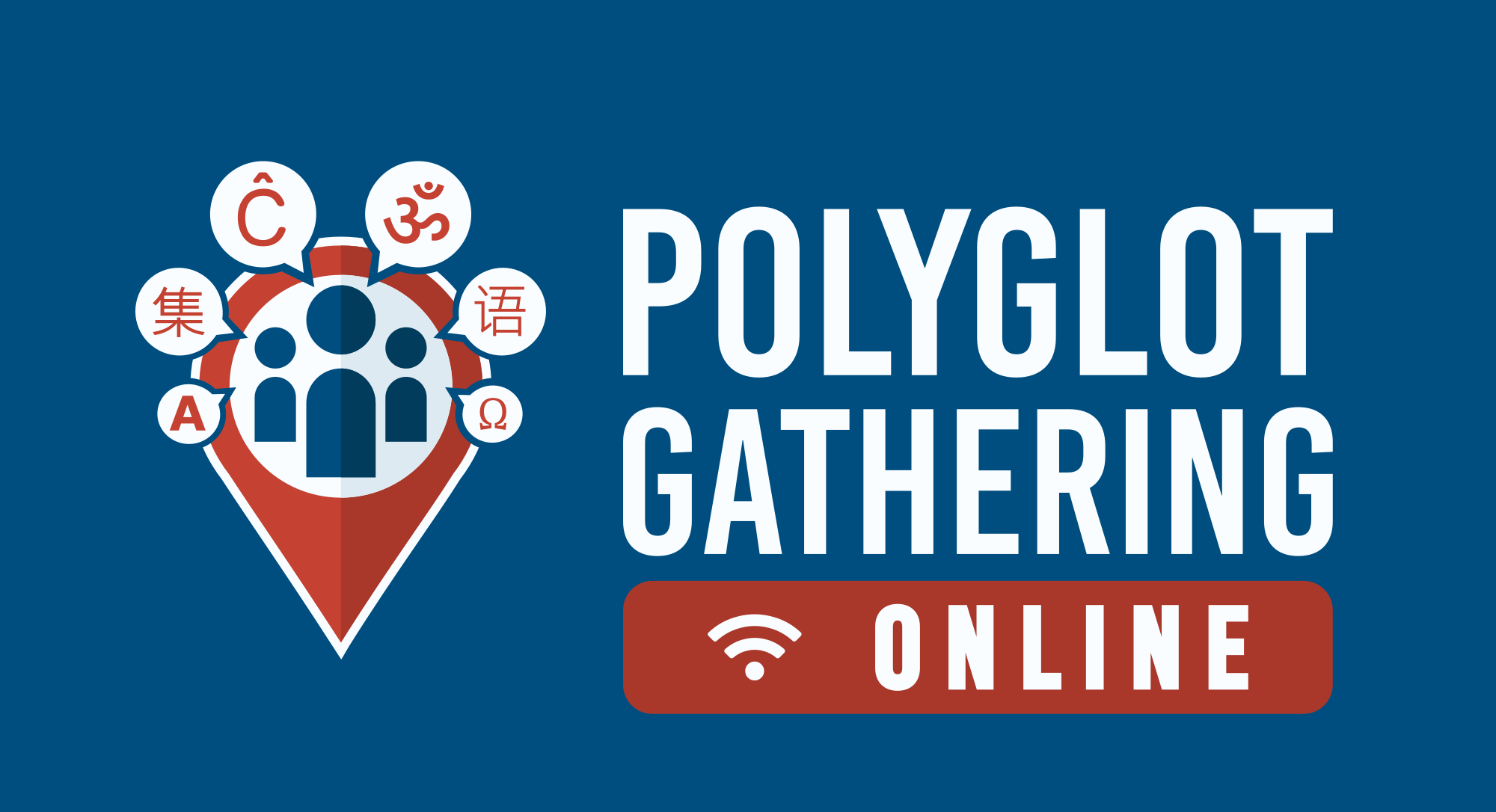 The Polyglot Gathering, an annual international meeting, will take place in just a couple of weeks. What does it mean to be a polyglot though? Loosely defined, anyone who is interested in foreign languages and who actively learns more than one of them in their free time can be called a polyglot.

Last year, the meeting was held for the third consecutive time at the University of Economics in Bratislava, Slovakia and was attended by a total of 653 people from more than 60 countries. This year, however, the polyglots will not meet physically under one roof, but their meeting will be mediated by a virtual conference platform. The Polyglot Gathering Online event will be the premiere online version of the world’s largest event for language enthusiasts and will take place between 29th – 31st of May. Such an online version allows participants to take part from the comfort of their own homes!

How to turn a global pandemic in your favour?

It was originally planned that the Polyglot Gathering would take place in a new venue, the town of Teresin, Poland. Due to the pandemic, we will have to wait another year for that. However, rather than cancelling the 2020 meeting altogether, the decision was made to move the programme of lectures on languages, language tandems and other social activities into the realms of video conferencing calls.

As Peter Baláž, the coordinator of the organising NGO, Education@Internet (E@I) puts it: “As we are an NGO earning an income on the basis of our activities, the situation we’ve been facing hasn’t been easy at all. We tried hard to come up with a way to survive, and to not lose an event of such great potential, nor its track record of annually keeping its astonishing number of polyglot attendees… That’s why we are offering an online version, not only of the gathering, but also of the other social events we organise. It is not going to be the same experience, as the magic of Polyglot Gathering definitely lies within meeting people who are passionate about the same thing in person. Nevertheless, we are striving to recreate an atmosphere as close to the real gathering as possible.

Fortunately, many polyglots are interested in attending the this kind of virtual meeting. It has only been three days since the opening of the registration, and already 360 people from all over the world have registered. Many of the attendees understand our difficult situation and have decided to support us financially – either by buying a ticket to this online version of the event, or even in the form of a gift. Due to their help, we can continue to run the organisation and hold the Polyglot Gathering live next year.”

What will actually be going on at the Polyglot Gathering Online?

All three days of the event will be packed with interesting lectures, language tandems, crash courses and other social activities and games. Moreover, there will be space for contests, a multilingual concert and informal discussions as well. The programme allows attendees to choose what sparks their interest the most. By attending the lectures, you will have a chance to become more knowledgeable in topics associated with languages and language-learning. The virtual event also offers an opportunity to practice foreign languages, and to learn new phrases.

Every year, various linguists, educational app developers, publishers, professors, teachers, translators and interpreters, as well as language enthusiasts to whom learning foreign languages is a hobby meet up and give lectures at the event. As this gathering is a such a large get-together of polyglots, the participants are able to get to know one another, exchange their language-learning “know-how” and seek understanding of other cultures.

Some of the enthusiasts who have already signed up to the Polyglot Gathering Online can speak up to 30 foreign languages! Therefore, attendees can look forward to meeting the greatest experts in this field – such as Richard Simcott, Luca Lampariello, Tetsu Yung, Judith Meyer, and Slovak Lýdia Machová (a former co-organizer of the event in Bratislava, a successful language mentor and one of the most famous polyglots today).

Do I have to speak a certain number of foreign languages to be able to attend the event?

Certainly not. The event is open for everyone and the participants can choose what kind of programme to participate in. Whether you speak one language or twenty, Polyglot Gathering Online will help you broaden your horizons and learn new things about the world’s languages. You will learn about new, interesting methods of learning languages and you will get the necessary motivation to improve your previous knowledge of foreign languages or to start learning the foreign language you’ve always wanted.

So what are the benefits of learning a foreign language?

Not only does the knowledge of a foreign language increase your value on the job market, makes your travels easier and helps you make friends from abroad, it also aids in developing a range of cognitive abilities. However, learning a language requires a certain amount of motivation, as it is more of a marathon than a sprint. After reaching a certain level, one must actively use the language so that it will not be forgotten over time. The way in which individual polyglots constantly motivate themselves to keep on learning is different. Everyone would most probably agree that knowledge of several foreign languages brings a lot of motivating benefits. A few of them are also confirmed by scientists:

As you can see, finding your way into learning a foreign language pays off. The Polyglot Gathering event is the place to gain that motivation and it doesn’t matter how many languages you speak!

Register and get access to all three days of the event for only € 40!

The program of the event as well as the registration form can be found here.

Polyglots from all over the world are looking forward to meeting you! 🙂 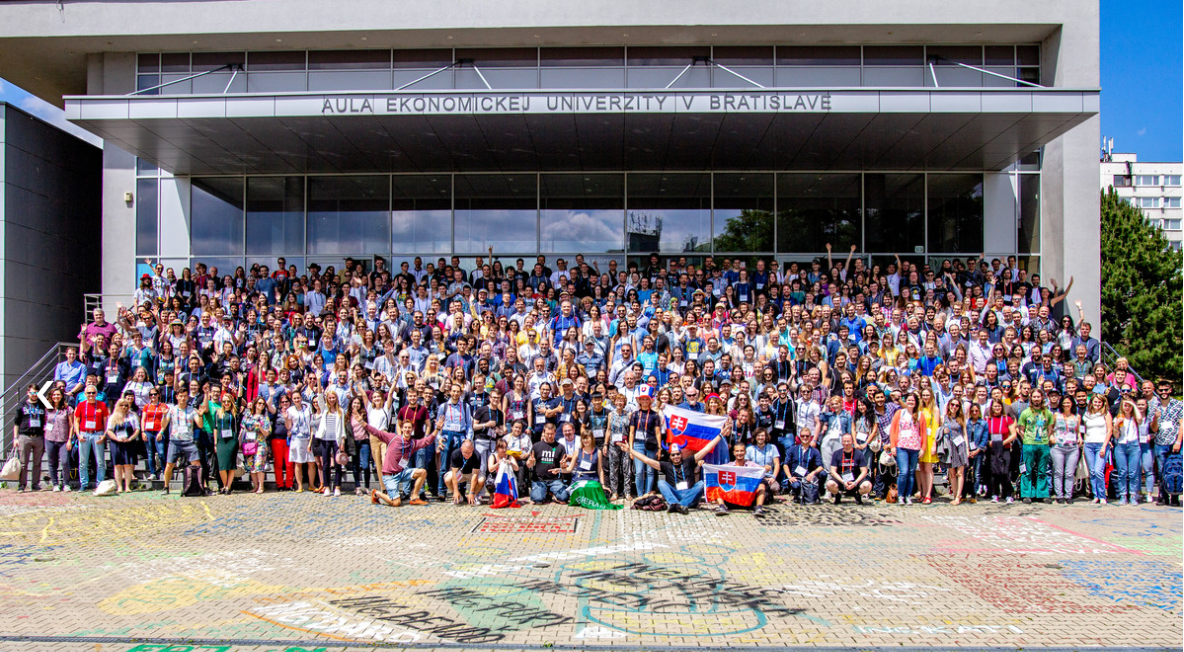