The annual international meeting called Polyglot Gathering will take place in just a couple of days – this year even twice. What does it mean to be a polyglot, though? Loosely defined, anyone who is interested in foreign languages and who actively learns more of them in their free time can be called a polyglot.

Following 3 years in Berlin, 3 years in Bratislava and 2 years online waiting to meet in person in Poland, the polyglots will eventually meet in Poland – as well as online again!

The Polyglot Gathering Online will take place between 28th April and 1st May. Such an online version allows you to take part from the comfort of your home, wherever you are in the world. In addition to this, the in-person Polyglot Gathering in Teresin, Poland, will happen from 1st to 6th June – as it was originally planned for 2020.

As Peter Baláž, the coordinator of the organising NGO bearing the name of Education@Internet (E@I) puts it: “For the past two years we’ve tried hard to come up with a way not to lose an event of such great potential, and keep the community alive despite not being able to travel, and did so successfully. As the pandemic becomes less of a burden, we decided to keep the momentum and advantages of meeting online as well as finally meeting again on-site, in Poland, as was planned 2 years ago. For the on-site event, the place allows us to somewhat rethink the structure of the event and enjoy Polyglot Gathering 24/7, as the venue and hotels will be close to each other.”

What will be actually going on at the Polyglot Gatherings?

All days of the event will be packed with interesting lectures, language tandems, crash courses and other social activities and games – both online and on-site. Moreover, there will be space for contests, a multilingual concert and informal discussions. The program allows attendees to choose what sparks their interest the most. By attending the lectures, you will have a chance to get more knowledgeable in topics related with languages and language-learning – be it a talk about a lesser known language or language learning strategies. The event will also give you the opportunity to practice any language of your choice, thanks to the languages you’ll be free to list on your nametag and the virtual language practice rooms.

Every year, various linguists, educational app developers, publishers, professors, teachers, translators and interpreters, as well as language enthusiasts taking learning of foreign languages as a hobby meet and give lectures at the event. As this gathering is a large meetup of polyglots, participants are able to get to know one another, exchange their language-learning “know-how” or seek understanding of other cultures.

The Polyglot Gathering Online meeting will also be attended by some enthusiasts who can speak up to 30 foreign languages! Therefore, you can look forward to meeting the greatest experts in this field – such as Richard Simcott or Luca Lampariello.

The main topic of this year’s Polyglot Gathering in Poland will be “Languages for peace” as a way to foster the knowledge of languages and multilingualism as a tool for international understanding. “Indigenous languages” will be another emphasis of this year’s programme, echoing the International Decade of Indigenous Languages as proclaimed by the United Nations.

Solidarity with Ukraine – the organizers will give all citizens of Ukraine free attendance to the Polyglot Gathering Online. If you are Ukrainian, just use the promotional code Ukraine when registering. This is their way of expressing respect and support to Ukraine in these extremely difficult times.

Do I have to speak a certain number of foreign languages to be able to attend the event?

Certainly not! The event is open for everyone and the participants can choose what kind of program to participate in. Whether you speak one language or twenty, Polyglot Gathering will help you broaden your horizons and learn new things about the world’s languages. You will learn about new, interesting methods of learning languages and you will get the motivation to improve your previous knowledge of foreign languages or to start learning the foreign language you’ve always wanted.

So what are the benefits of learning a foreign language?

Not only does the knowledge of a foreign language increase your value on the job market, makes your travels easier and helps you make friends from abroad, it also aids in developing a range of cognitive abilities. However, learning a language requires a certain amount of motivation, as it is more of a marathon than a sprint. After reaching a certain level, one must actively use the language so that it will not be forgotten over time. The way in which individual polyglots constantly motivate themselves to keep on learning is different. Everyone would most probably agree that knowledge of several foreign languages brings a lot of motivating benefits. A few of them are also confirmed by scientists:

As you can see, finding your way into learning a foreign language pays off. The Polyglot Gathering event is the place to gain that motivation and it doesn’t matter how many languages you speak!

Register and get access to any of our events, or both!

The program of both events as well as the registration form can be found here.

Polyglots from all over the world are looking forward to meeting you! 🙂 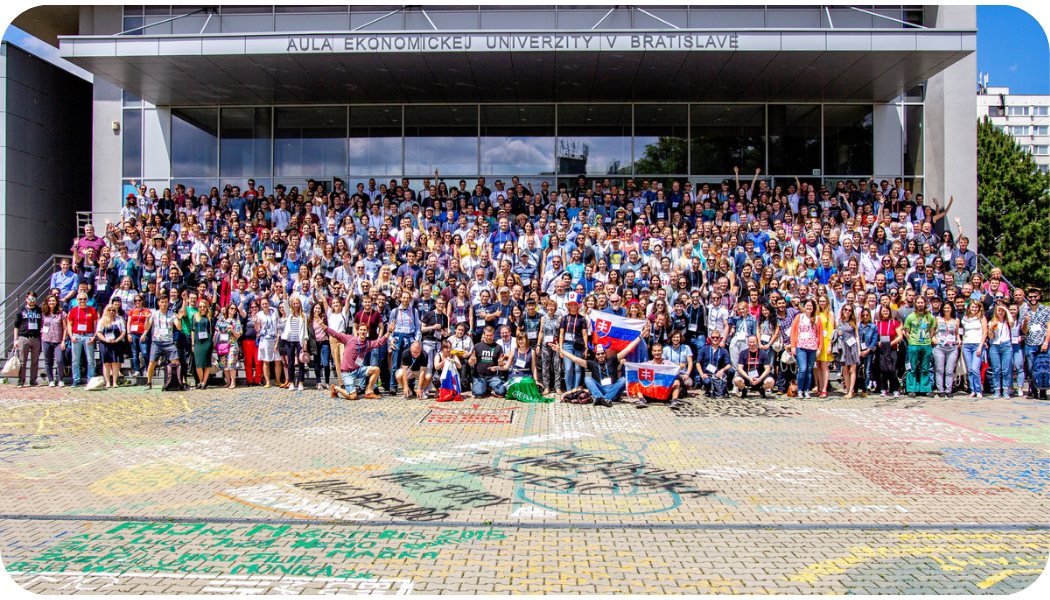