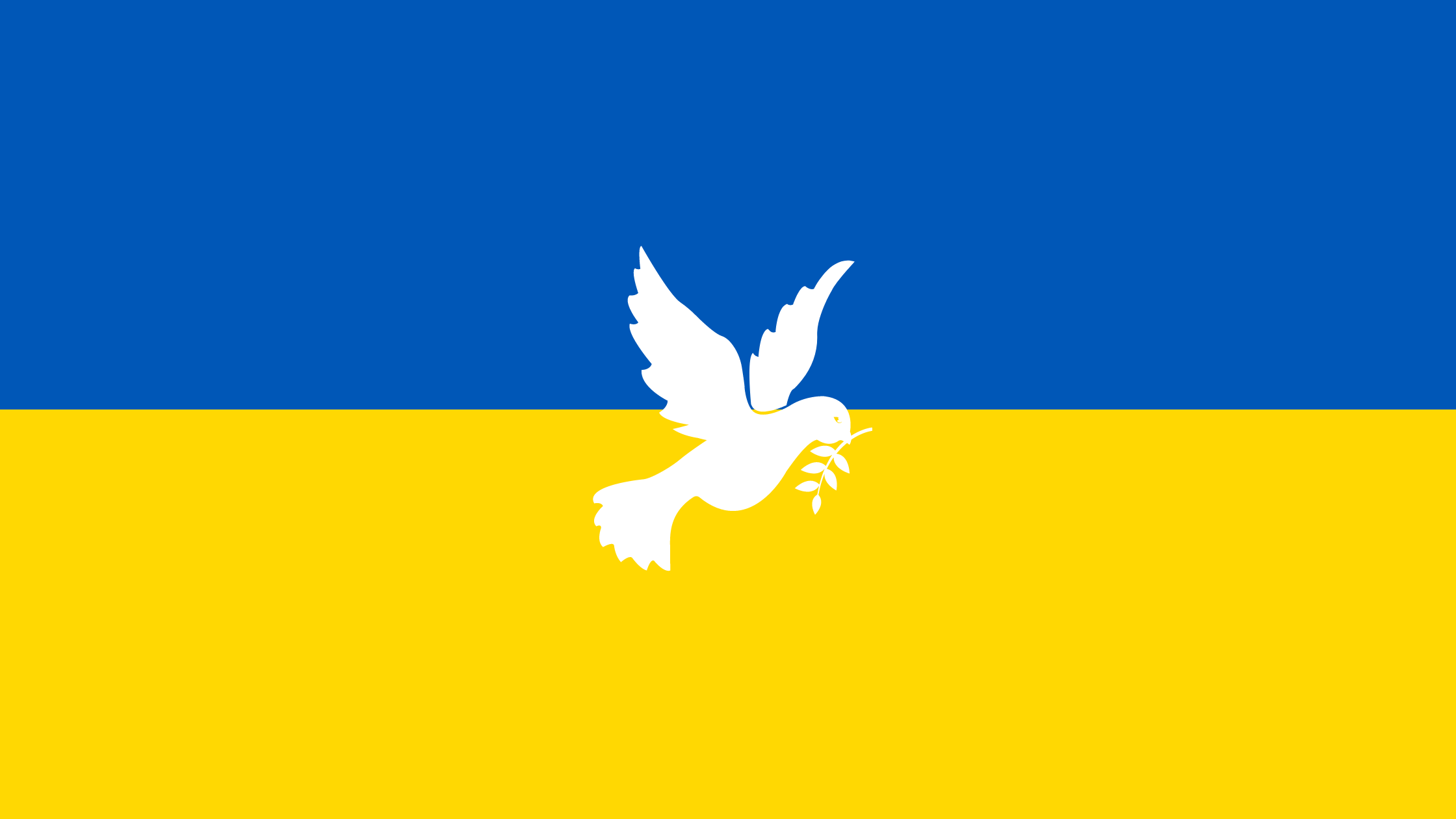 in Ukraine. It is an unjustifiable crime that will have a lot of negative consequences. We generally condemn all military conflicts, wherever and by whomever they are committed. However, the current one affects us all the more because it is happening directly in a neighboring country and because we have friends, acquaintances and colleagues in both involved countries.

At the same time, we express our compassion and solidarity with all the people affected by this aggression.

Like polyglots and Esperantists, we believe that people (but also governments!) must resolve their mutual conflicts primarily through dialogue, communication. War and violence are never the solution!

Language learning is not only of practical importance: in addition to the acquired knowledge, language learning also helps the ability to understand other people and cultures – their habits, opinions, actions. Learning languages ​​also means opening your heart, and intercultural dialogue also means being able to empathize with others, being willing to listen to them and understand them. Today, the willingness to listen to others in Europe is marked by a conflict that we did not expect in the 21st century.

A well-known Slovak proverb says: “How many languages you know, so many times you are human.” Nowadays, each of us needs to be human – even once will be enough.

Unfortunately, the current conflict is far from just about Ukraine – it is also a sad proof that we, as humanity, are still not mature. Our consciousness is still at the animal level, but unfortunately our technology is already at a much higher level – at the level of the possible extermination of humanity from the surface of our planet. Let us therefore work together to mature as human beings as soon as possible – and to realize the threat to all of us of the weapons we have developed ourselves for mutual destruction.

And when finally the weapons will be laid down, let’s not forget hastily what caused the conflict, but alsowhat made this conflict possible. Weapons are something we need in the future as little as possible, not as much as possible! Let us therefore call for the destruction of nuclear weapons, but also for the demilitarization of the world in the broadest possible sense. We believe that what humanity is really looking for and needs is harmony and peace – and these will never be gained through aggression and weapons. Peace is the only way! Peace is the only way out!