The third year’s volume of the language festival will take place in Slovakia in September 2020. This celebration of languages and cultures will once more attract a broad audience. From primary school pupils to ambassadors – the event will allow the public to celebrate diversity by experiencing the event’s rich and diverse programme free of charge.

The objectives of the festival are the following:

Lectures – the main part of the program is a series of lectures that will offer an abundance of tips and tricks on how to learn foreign languages more quickly and effectively. People who have successfully learned various languages will present specific tips and new methods of language learning. Some of the lectures focus on themes which are not directly about languages, such as the cultures and language policies of various countries.

Workshops – LingvaFest will also provide space for educational workshops to take place for those who enjoy learn-by-doing activities. These workshops can include the deciphering of Egyptian hieroglyphs, learning Indonesian traditional dances, or getting in touch via the Slovak sign language, the sign language of the deaf community in Slovakia.

Cultural programme – the LingvaFest programme will be enriched by presentations of various cultures through the means of traditional dances, music and cuisine from all over the world. Participants will be able to enjoy themselves dancing and singing in several languages. Slovak performers will be present as well.

Expo – language institutions, publishing houses and other organisations will be present during both the days of the event. They will be promoting their services and products for those who are interested in languages and would like to more deeply enjoy this passion. 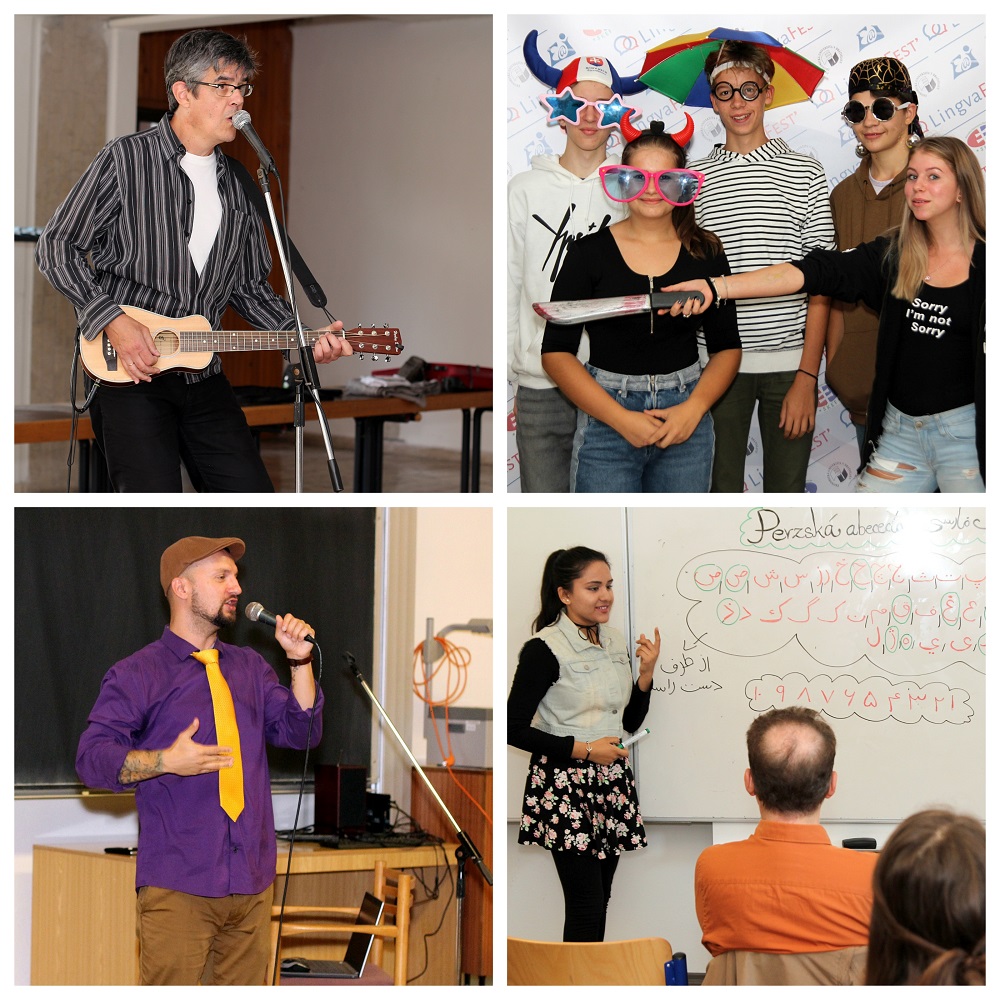 LingvaFest can be interesting for the following target groups:

Why did we decide to organise LingvaFest this year as well?

In the words of Peter Baláž, coordinator of the E@I association, which initiated the event, is which also the main organizer:

“We believe that people are inspired by LingvaFest to study foreign languages. The knowledge of foreign languages is both needed and valued these days. Every year we strive to compile a more colorful and varied program so as the event continues to be appealing. The objective is to create space to celebrate languages (in the name of EU’s motto: United in diversity), to offer space for the discussion of the effectiveness of various styles of the teaching of languages, to present new methods and to provide space for networking. The NGO (www.ikso.net) has been active in the field of language education since 2005 –  by creating free e-learning portals on various languages, and by organising educational events. Slovakia was lacking a festival celebrating diversity of cultures and languages. That is why we decided to create it. The first and the second event were very successful; therefore, we decided to continue every year.

LingvaFest offers more than 100 programme units (lectures, workshops, concerts, competitions, etc.). There will be around 30 institutions exhibiting their products and services, and participants will be able to enjoy more than 20 language crash-courses. Thanks to the cooperation of all stakeholders, we have truly prepared an interesting and rich programme offering something to everybody. Since 2019, the main partner of the event is the Representation of the European Commission in Slovakia. We are very thankful for this partnership as thanks to their financial support the event is free of charge to the public. We are also thankful to the Constantine the Philosopher University in Nitra for allowing us to use their premises. Everybody is invited to the LingvaFest’2020, 16th – 17th September 2020, at the Constantine the Philosopher University in Nitra! This year the festival moves to Nitra after having been held twice in Bratislava. We believe that the event will attract plenty of participants to the town under the Zobor mountain thanks to its programme (last year around 2500 people participated!).

In order for you to grasp the atmosphere of the event we suggest you watch the videos on the YouTube channel.

More information to be found on the site: www.lingvafest.sk or on Facebook page: https://www.facebook.com/LingvaFest