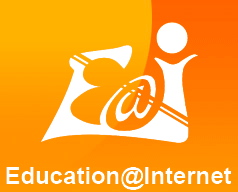 Education@Internet (earlier known as Edukado@Interreto, yet earlier Esperanto@Interreto), an international youth non-profit organization that promotes international collaboration and communication throughout the world, existing since 1999 and officially registered in Slovakia in 2005, sent out a press release today, announcing a major change in the organization’s language policy.

“Recently, E@I has been pretty successful in applying for grants from many international organizations, particularly from bodies of the European Union,” says Peter Balaz, the coordinator of E@I’s activities. “Our team has been working in Esperanto so far, but since English has become the de facto working language of the European instances and it is also the language in which the grant applications need to be written, we have decided to cut down on the translation costs and want to announce that E@I has decided to switch to English, starting today.”

Although none of present E@I board members is an English mother tongue speaker, worries about a possible negative impact of the switch on the organization’s functioning are, according to Peter Balaz, unsubstantiated: “On the contrary, our board members have already been using English in their other activities, such as work, studies etc.; while many of them had, on the other hand, no other chance of using Esperanto anywhere else than in the E@I’s framework. Still, since we have understanding for our members, who are 85,000 at the moment and some of whom do not master English yet, we have made arrangements to help them maintain the continuity of their activities.”

For example, all E@I’s posts shall further be written primarily in English, yet, for compatibility reasons, for a transitional period of three months, they will be accompanied by a machine translation into Esperanto (provided by Traduku.net). Inspired by the success of our “lernu!” website and by reports saying that Esperanto speakers had mastered the language in three months on average, E@I assumes it should not present a major challenge for our members to learn English either. To further facilitate the transition, E@I has temporarily suspended the development of their new project “Slovak Online” and replaced it with “English Online”.

As a follow-up, in order to check the outcomes of the transition period, and at the same time as a way of “refreshing the member base”, E@I has contracted with UEA to organize obligatory language exams for all of its members, to take place between July 1 and September 30, 2010. The team of UEA has already made positive experience with the organization of B1, B2 and C1 language exams in Esperanto, and are ready to develop and organize similar courses and exams for English. Katherine Smith, chair of UEA’s commission on language exams and the creator of Educating.net, says that she is delighted by E@I’s decision because she thinks that, after the switch to English, many more applicants for the exams will appear, what has not been the case of the Esperanto ones that are known to suffer lack of interest from the public.

Since every E@I’s member should be examined before the end of September 2010 and the exam needs to take place in person, E@I has made further steps to facilitate access to exam sessions for its members. As an example, a decision has been made to organize the first series of E@I membership English exams between July 2 and 10 in Piestany, Slovakia, during the Summer English Study (SES), whose name and program have also been adapted to comply with the new policy of the organization. “We hope that the fact that English instead of Esperanto will be taught at SES will help us increase the number of participants of the event, and we also expect additional funding from the British Council, which will make it possible to organize two additional excursions during the week, completely free for the participants,” says Katherine Noskova, E@I’s employee responsible for the English Online project. “Moreover,” she adds, “this will save us time on processing problematic applications from inhabitants of African countries – at least those where English is already spoken as an official language”.

First reactions to the new language policy of E@I have been mixed, with some approving of it and others claiming that such a decision is contra-foundational and would have to be approved by Zamenhof himself. In an attempt to accomplish this, E@I has already asked for help from the Spiritist Publishing Association M. K. Nevitu, but the medium had not yet shared the results of the session before the deadline of this article, April 1st.

8 thoughts on “E@I switches to English”